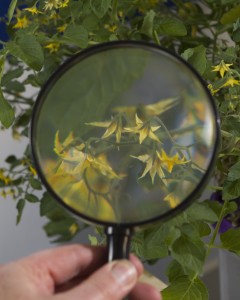 Planting Ideas, an innovative plant science education company was founded by Marvyn Henry and Karen-Lee Ibbotson in 2014. The concept for Planting Ideas was based on their understanding and interest in the dependency of human beings on plants for survival. Marvyn and Karen have a mutual interest in introducing people, and in particular children, to the fascinating world of plants and their life cycles.  Both are conscious that lifestyles today mean many children believe fruit and vegetables simply come neatly packaged from the supermarket, without realising that in fact so much of what we eat can be grown in our own gardens.

Although plant life can happily exist without human input, we humans are fully dependent on plant life to nourish and sustain us from the food we eat to the air we breathe.

Marvyn and Karen passionately believe that by sowing the seeds of learning they will cultivate a generation of children with a natural curiosity and appreciation of the world of plant science.

Planting Ideas aims to provide school children with the chance to discover this amazing subject and believes that once the seed of learning is planted the possibilities for growth are endless.

Planting Ideas passionately believes in the benefits that horticulture brings to daily life and, through its services, wants to help people reap these benefits so that their general health and well being prospers and the world becomes a better place. 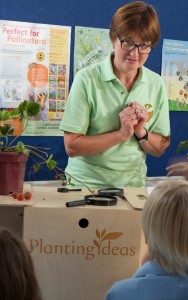 Marvyn graduated from IT Sligo in 1976 with EU Business Diploma. She went on to work in Aviva Insurance (previously Hibernian Insurance) in their Irish non-life insurance market. In 1988 she became the first female in Ireland to be appointed to the position of Business Development Manager. She graduated with a Chartered Insurance Institute Diploma (CII Dip) in 1993. In 1998 her career developed further when she moved to the Aviva HR Training department and set up and delivered Technical Training programs to staff based on her own experiences gained during her time as a Business Development Manager.

Marvyn joined the Insurance Institute of Ireland Council in 2003 and assumed the role of Education Officer with responsibility for developing corporate training programs for the Insurance Industry that met the regulatory professional competency standards. She took early retirement from Aviva in 2009 having enjoyed a successful career. Being newly retired but not ready to take things easy, Marvyn returned to her first love and studied horticulture with the Royal Horticultural Society (RHS). She was awarded a Diploma in the Principles and Practice of Horticulture in 2013. The course also introduced Marvyn to her future business partner Karen. 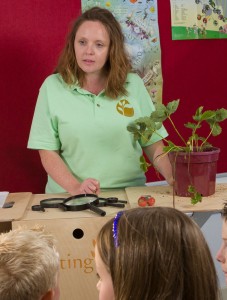 Karen originally studied geology and hydrogeology and has spent 15 years working as a consultant in this area. Having spent almost 10 years as an employee she went on to found her own thriving consultancy business five years ago. She loves the varied nature of this work and the opportunities to meet people and work outside in the natural world that it presents. She has always been a keen gardener who enjoys working outdoors and so studying horticulture and garden design was a natural next step when she was looking for a new challenge.

Karen completed a Diploma in the Principles and Practice of Horticulture with the RHS in 2011 –2013 and also obtained a Diploma in Garden Design in 2013. Her background in earth science meant that she was fascinated to discover the amazing world of plant science, physiology and genetics during these studies. Having met Marvyn and discovered their mutual interest and entrepreneurial spirit the concept of Planting Ideas began to germinate.